In this post I’m going to walk through an analysis of a malicious document that distributes and executes an IcedID DLL payload.

We can start off by looking at the document properties with exiftool.

We can see a few parts of the document properties are weird, like Company containing ript.sh. From here we can usually assume some form of a macro or exploit is involved, so we can use oledump.py to investigate macros first.

The output from oledump.py indicates streams 8 and 15 contain macro content, so let’s dive into those. Using oledump.py -v -s 8 and -s 15 we can get the contents of the macros. I’ve annotated the macros with contents below:

The VB macros use these document properties:

From the macro content, we can expect a few things:

To get the document content, we can use oledump.py -s 16 and run strings against its output:

We can copy and paste the text into its own file. To see what will execute, we can use Find/Replace in VSCode to see the final version.

I’ve gone ahead and prettified the HTA’s code below:

We can make a few hypotheses about the code:

At the end of the document the scripting changes languages from JavaScript to VBscript but it doesn’t really make a difference in execution. The beautiful and handy thing about this stage is that it doesn’t use any Windows-specific scripting structures, which means we can easily use a NodeJS REPL to decode everything without having to manually decode the cipher. To do this, we can split the larger string manually and feed it into the monitorMonitorRtx() function.

Piecing those components together we get this script that executes via an eval statement:

The downloaded DLL has these properties:

The import table hash (imphash) and rich header hash (rich) can help you find similar samples in VirusTotal or other services. When combining searches using both of those hash values you can discover samples with similar capabilities made in similar build environments when compared with this DLL sample.

Looking at the DLL with pedump, we find some more data. First, the DLL exports:

The export DllRegisterServer jives with what we can expect of the malware, it’s the DLL export used by regsvr32.exe. If we decide to continue analysis with Ghidra or another tool that’s an excellent entry point to start analysis. The export PluginInit is also interesting. I usually expect exports like DllRegisterServer, DllUnregisterServer, DllMain, ServiceMain, or others, and PluginInit isn’t one I commonly encounter. This would also be another excellent lead in Ghidra.

Using manalyze we can also see some suspicious imports:

VirtualAlloc, VirtualProtect, and SwitchToThread might be fun breakpoints if we decide to get rowdy with a debugger.

Confirming Hypotheses with a Sandbox

We can dive deeper into static analysis using Ghidra and x64debug, but I wan to eventually go to bed tonight. So I’m going to consult sandbox reports from ANY.RUN and Tria.ge.

Looking at those reports, we can confirm our hypotheses about process ancestry. 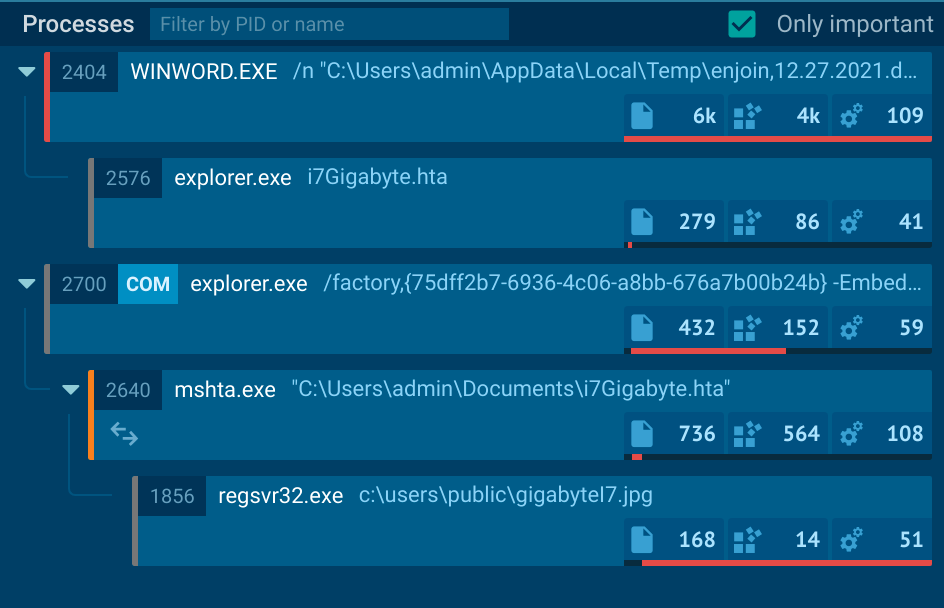 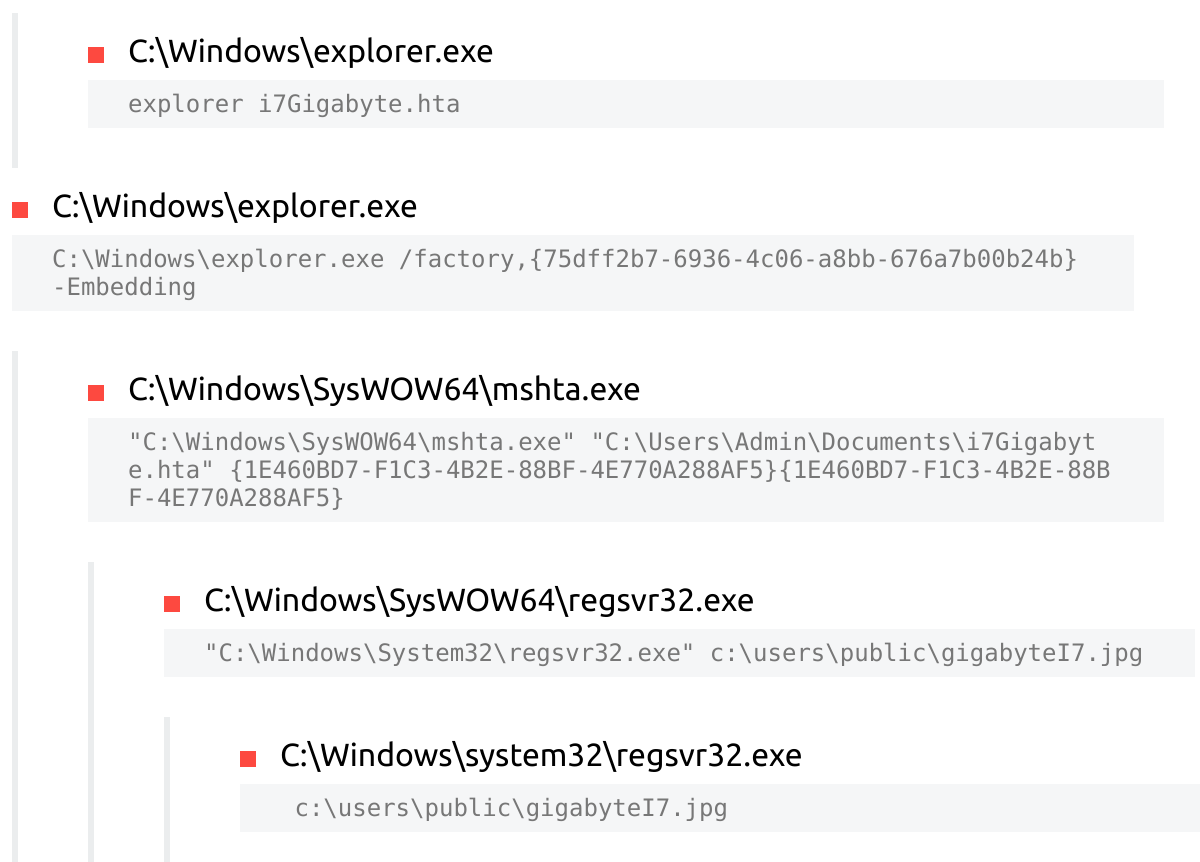 The Tria.ge report suggests another data point, that this threat is classified as IcedID. Again, this jives with previous data from MalwareBazaar suggesting the original document was related to IcedID.

One of the things that greatly bothers me about many intelligence reports/blog posts/etc. is that they often don’t spell out how they know the malware is related to a named threat. So I’m going to go the extra step to do that here.

First, the export PluginInit has been documented with IcedID before:

Next, we can dig into the Tria.ge report. The reports suggests it found evidence of IcedID based on this Suricata alert:

Essentially, the rule hits on HTTP GET requests with cookies containing _gads=, _gat=, _ga=, _u=, _io=, and _gid= values. These fields are explained within the blog post mentioned in the rule https://sysopfb.github.io/malware,/icedid/2020/04/28/IcedIDs-updated-photoloader.html.

If Suricata found criteria that hit that rule, we can confirm the alert using a PCAP from the sandbox report. We can toss this into Wireshark and follow the TCP stream that aligns with unencrypted HTTP traffic on port 80.

Within that stream we can see the cookie values Suricata found:

If the threat really is IcedID, we should be able to decode these cookie values using the method described in the Sysopfb blog post above. According to the post, the _u value can be decoded using unhexlify in Python. We can give that a shot here to see if it decodes properly:

The _gat value contains 10.0.15063.64. The Sysopfb blog post indicates that in IcedID this corresponds to the victim’s Windows version. This version we see in the cookie does correspond to a known Windows build, so that data overlaps.

These cookie overlaps alongside PluginInit give me enough data points to assert with medium to high confidence we’re looking at IcedID.

Thanks for joining in, and Happy New Year!!!

In this quick post I’m taking a look at a PowerPoint file with macros on board! According to MalwareBazaar’s tags, it was reported in association with the group “Aggah”. If you want to follow along...

Looking at PowerPoint Macros with Olevba

In this post I want to walk through analysis of a malicious PowerPoint file using olevba. This tool allows you to view macros within Office documents without opening them. If you want to follow alo...