Earlier today, @MalwareHunterTeam posted on Twitter about a malicious MSI file masquerading as a Rufus installer.

Our first few steps on the MSI file are easy. We can verify the file is a MSI using file and we can unpack the MSI content using msidump.

The file command confirms we do indeed have a MSI file, and the properties of the MSI indicate it was created using Advanced Installer. We can corroborate this data by keeping an eye on what binary file streams get extracted from the MSI.

Since Binary.PowerShellScriptLauncher.dll is in here, there’s a decent chance that our MSI CustomAction table has some PowerShell code within. Let’s go take a look!

Looking into the dumped CustomAction table, we can see some potentially malicious code.

This chunk of code downloads additional PowerShell code and executes it using PowerShell’s Invoke-Expression cmdlet. The additional code is obfuscated and fairly long. I’ve cut down the base64 a lot here because we’ll go over the decoded version in pieces as we go. For the decoded script, I’ll refer to that filename as rufus.decoded.ps1.

After decoding the base64 command with CyberChef we can examine the PowerShell code executed in multiple parts. First, the script calls home to command and control before configuring Windows Defender exclusions.

The Windows Defender exclusions include files with the extensions DLL, CMD, BAT, ZIP, and EXE. The paths include C:\Windows\System32\drivers\etc, C:\Windows\System32\Config, and the current user’s AppData\Roaming folder. Finally, it adds process exclusions specifically for Zeip.dll and Zeip.exe. This detail is going to be useful as the files get downloaded later in the script.

Both Zeip.dll and Zeip.exe are downloaded, but they’re not in executable form yet. If we examine their file type, it looks like they’re both GPG encrypted with AES256.

Presumably, the files must be decrypted before they can execute. That portion comes much later in the script, so we’ll keep going until we get to it.

The actual code to implement GPG functionality starts at this point in the script. It looks like the script implements the Install-GnuPg, Add-Encryption, and Remove-Encryption cmdlets. From some cursory Googling, it looks like these functions are ripped straight from someone’s Github repository: https://github.com/adbertram/Random-PowerShell-Work/blob/master/Security/GnuPg.psm1

Finally we can get into the decryption part of the script.

The Remove-Encryption command removes GPG encryption from any of the files in AppData\Roaming using the passphrase putingod. This results in the decrypted Zeip.exe and Zeip.dll before execution using Nsudo, PowerShell, and rundll32.exe.

The combination of Nsudo and GPG/PGP encryption in payloads is really unique to BATLoader and helps us attribute the activity back to that threat.

If you’re working with a REMnux VM, decrypting the files is really easy:

If you’re working with a Windows VM, you’ll likely need to install the same GPG tools the adversary used for decryption in their script.

Zeip.dll is definitely a DLL file likely made using C/C++ according to diec.

After looking at the hash values, I learned that the DLL is already in MalwareBazaar and most of the sandbox reports linked agree on the DLL belonging to the Ursnif/Gozi/ISFB malware family. CAPE, Tria.ge, Joe Sandbox, and VMRay Analyzer all agree that structures in memory during execution match Ursnif YARA rule matches and they even extract the configuration successfully in the reports. Joe Sandbox produced this configuration extraction:

The diec tool indicates that Zeip.exe is a .NET framework binary, and that doesn’t seem like it would be part of the Ursnif implementation. We can try decompiling to determine its capabilities.

Once decompiled, we can see there are very few code files. The one of most interest is the GUIDLSJKLJLS.cs file. In that code, there is a Main() function for the program’s entry point:

A URL gets passed into the russiawin() function, which performs a download of the bytes in the URL. In turn, that function calls more code that performs an Assembly.Load() call of the downloaded bytes. This implies the downloaded code is most likely additional .NET code. We can take a look in putingod.exe to determine the next stage as the rest of the code files in this executable are pretty empty.

ILSpyCMD didn’t give me good readable results for this sample, so I had to jump into a FLARE VM and use DNSpy instead. Usually when one doesn’t work for me, the other will. In the initial properties shown by DNSpy, we can see the entry point for the program is under System.Program.

That starting point is the Main() function, which doesn’t do much besides call another function to start doing work.

Eagle-eyed readers probably took notice of the Arguments.IP and Arguments.Key items. We can potentially infer that the contents of that Arguments class may contain configuration info. Let’s take a gander.

Sure enough, that looks like a configuration block. Some folks in the crowd may recognize this as a configuration structure for Redline Stealer, which we can test pretty easily given the malware’s well-documented C2 extraction method. We can un-base64 the IP field, XOR the resultant value with the Key field, and then un-base64 again to reveal a C2 address if this is Redline. 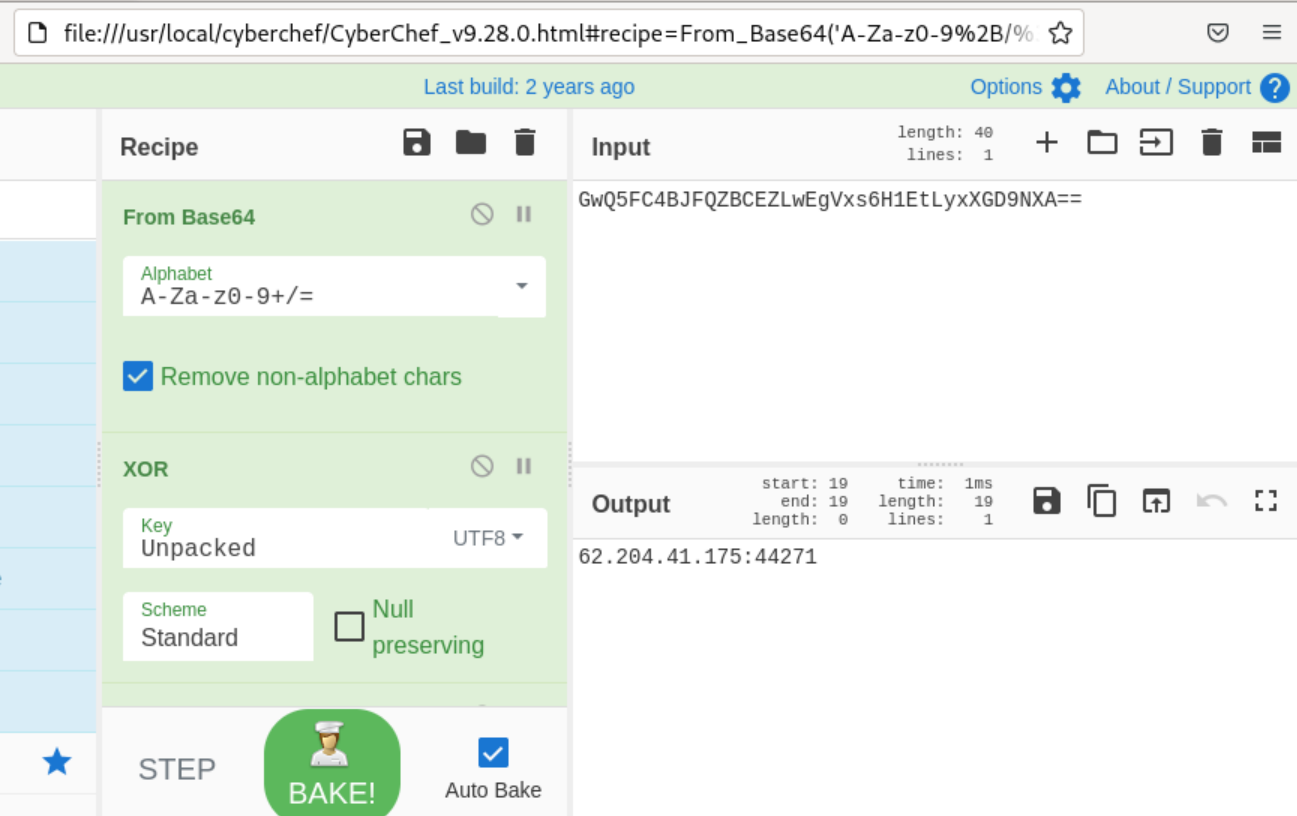 Sure enough, there appears to be a valid C2 address for 62.204.41[.]175:44271. We can validate our findings in a couple ways. First, we can use YARA rules. The putingod.exe binary matches YARA rules for Redline from the Ditekshen YARA repository.

In addition, we can use Suricata rules on PCAP data exported from Tria.ge, which again indicates Redline activity.

So I’m pretty confident we’ve successfully identified Redline alongside BATLoader and Ursnif! This is the end of the trail for this sample unless you want to further pull apart Ursnif to identify more details. That will be a bit more difficult than the Redline sample, so I opted not to do so tonight. Thanks for reading!

This post is dedicated to Josh Rickard (@MSAdministrator on Twitter) since his feedback on my blog posts has cut my triage time on MSI files down in a massive way! After writing an analysis of a MS...